Tell us about your app.  Players take on the role of a baboon who must protect animals from poachers with a bow-and-arrow. As players advance, habitats feature new animals and poachers; the combination of animals & poachers also grows in speed and complexity. The first habitat sees the baboon protecting rhinoceros from a rags poacher, while the fifth habitat sees rhinos, giraffes, elephants, hippos and monkeys on the run from rags poachers, motorcycle poachers and helicopter poachers, among others. A % of proceeds of the game goes to the Wild Animal Sanctuary in Colorado, which is home to over 270 rescue animals.

Who is on the team of primates? There are 4 members, Michael Sarill is the Founder and led Product Direction. Jiyoun Lee-Lodge is the Art Director and created all of the game art and character illustrations. Oleg Chornenko is the iOS Developer and programmed all of the core development. Justin Jordan was the Level Designer and created unique, challenging, engaging levels.

How is your app different from similar apps or competitors? Our app is unique because it is a top-tier cause-based game. We made no sacrifices in the game quality. Our game artist is one of the most talented out there, the graphics are exceptional. The levels are highly engaging, while the core game play is simple and fun. Our goal was not to build the best cause-based game, but to build the best game possible. That we also support a terrific cause is gravy. Educational info on the captive wildlife crisis is also included within the app. 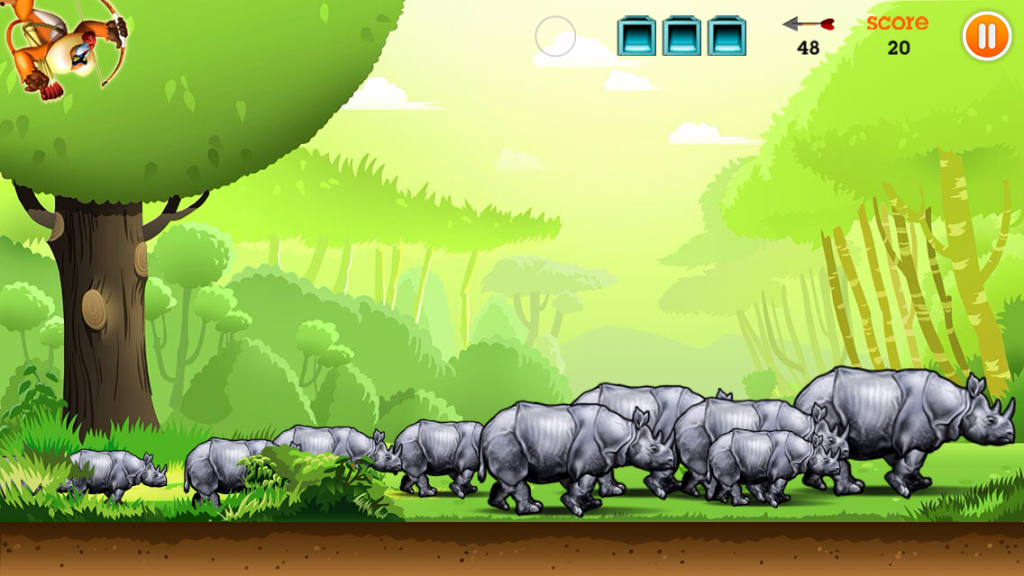 Tell us more about the design and UI. The user interface was intended to be dummy-proof. We use nice, big buttons. Artistically, the game includes a jungle-themed color palette with lots of forest greens. As you'll see on our homepage, the baboon is very colorful, with blues, reds and light orange as accent colors. Each habitat features a unique background illustration true to the scenery of the new animal's habitat. As an example, the Polar Bear habitat displays ice with the baboon on top of a snow-capped tree.

What tools did you use for creating the app?  We used cocos2d-iphone as our gaming engine and were quite happy with it. We researched a number of game engines and concluded that cocos2d-iphone would provide us with everything we need. The game is primarily written in Objective-C. Also we used awesome tools such as TexturePacker, ParticleDesigner and PhysicsEditor. 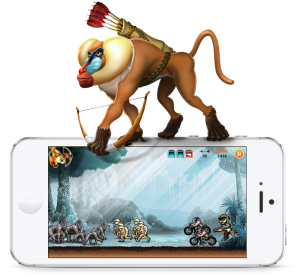 What lessons did you learn building this app?  We learned a lot of things by using all those resources for example how to use Box2d just for collision detection and how to create almost perfect shapes for characters to collide with eatch other by using PhysicsEditor. Also withTexturePacker we learned how to achieve better performance and smoother animations.

What went right and wrong with the development and release?  As with any complex game, Baboon required diligent testing over an extended period of time to fix all bugs. We released early and often, on a fixed weekly basis. No matter the status of the app, we would have a development release every week. I think this enabled us to find and fix bugs throughout the process, instead of leaving bug-fixing for the very end. As for what went wrong, the biggest challenges are always the problems you don't anticipate. An example is the stampede power-up wherein a stampede of buffalo kills all the poachers on the ground; the problem arises when the jump-stilts-poacher occasionally shows up mid-air. How can a rush of buffalo kill a poacher in the air? We found a solution by ensuring the two never display within the same sequence. 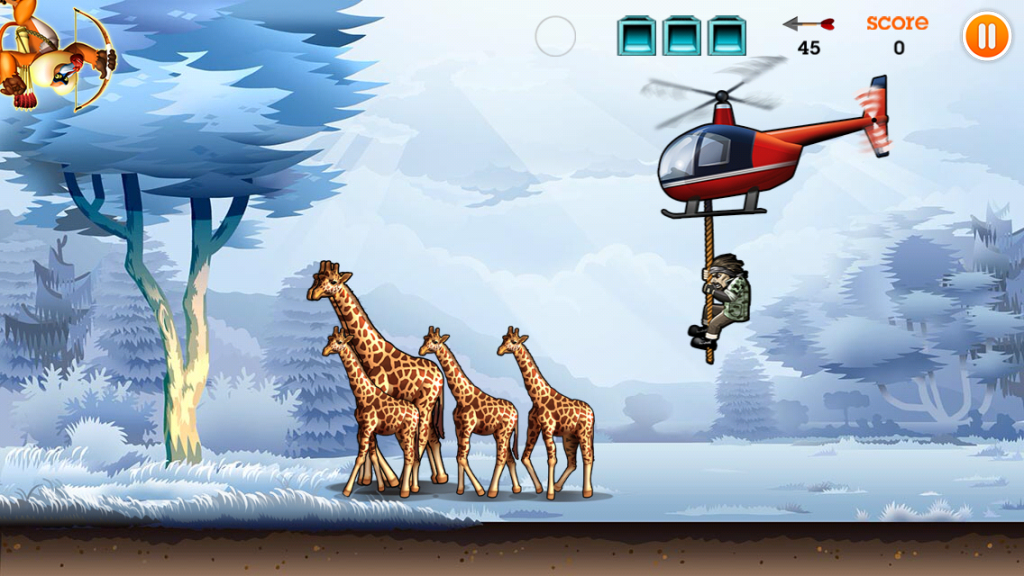 What were you and the other folks doing before the app? Michael has been focused on Baboon and does freelance Drupal development. Oleg was working full-time as an Android/iOS programmer. Jiyoun was engaging in freelance game art and Justin Jordan was also doing freelance level design.

What are some of your other favorite apps? I personally like the user interface of Evernote, it's quite well-done as a utility app. In terms of gaming, Badland was a beautifully constructed game that we were inspired by.

Head over to the App Store to download Baboon now.

Hey you!  Wanna be featured like our friends at Baboon? Be sure to check out http://www.powerslyde.com/get-discovered.