As corny as it sounds…powersylde is powered by people. It is this authenticity that fuels our app discovery. When telling the story behind powerslyde, we realized that every app has a story that humanizes it and allows us to relate to it in a new way. This week begins a new series where we are going to feature the incredible people and stories behind some great apps. Welcome to our first profile taking a look at Simply Declare, a travel app for iOS. 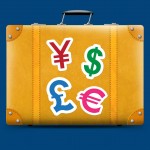 Hello Rae Mapey, creator of Simply Declare tell us how your app came about.

Simply Declare Travel app was created out of necessity. There were four of us sitting around, the night before returning home from abroad, and the inevitable question of “where are your receipts, cause we have to figure out our declarations?” came about. We all have iPhones, and iPads and I thought there had to be an app for keeping track of your declarable purchases. I searched for quite a bit in the Appstore to see if there was something which would work for the traveler, but there wasn’t any on the Appstore. I took a couple of months to research and really think about how I wanted the app to work. It would be a commitment of at least three years to get the app known in the marketplace. Everyone thinks it’s a” get it on the store and watch it sell”, but it is such a competitive marketplace you really have to devote time and money every day to keep it moving. There isn’t a day which goes by which I haven’t spent time making people aware about my app. 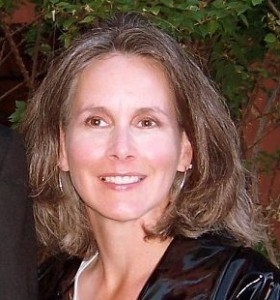 Who is behind the app?

I am the epitome of an indie app. I did hire a company to write the currency code to my specifications, and I have had some great help from family and friends to make sure the app was going in the right direction. But the decisions, some good and some which needed quick changes, I take full responsibility. I do all the social media and the marketing of the Simply Declare, both paid and free versions, and am always searching for the right path for the app to take.

How is your app different from similar apps or competitors?

People often think of Simply Declare as an expense reporting app, but it isn’t at all. Simply Declare is for the world traveler to manage their duty free allowances by quickly and easily entering in their hard good purchases to keep them in the know about how much they have to spend before duty might be applied upon their return home. I wanted the app to work from any currency to any currency, and allow the traveler to hop from country to country. If a traveler is going from the States over to Europe, depending on where they are, they might travel through three or four different countries. So at the beginning of the trip, put in your allowance amount and then your home currency (which only needs to be set one) and the trip is started. The suitcase on the front page will always tell you how much room you have to spend before you are over the limit you have spent. The items you buy just tap and enter, pick the currency of the country you are shopping in, and even add a snap of the receipt for safekeeping. But the user can also be from Great Britain traveling to Australia. Any of the supported currencies can be worked either way. If you are traveling to an unsupported country, then you can even add a custom currency rate. Simply Declare will update your purchases in your home currency in real-time, so if you are away for an extended period of time and there is volatility in the currency markets, you will always know where you are in your purchases.

How did you design your App UI and App icon?

The suitcase with the currency symbols just seemed to be the picture with a 1000 words philosophy. The currency symbols say world travel, and the suitcase will be filled with the goodies one brings home. The app had to look and feel simple. It’s a stress to have to stay on budget, because we all hate the idea of filling out our declaration forms and having the border agent possible stop us and check our purchases. Simply Declare had to be Simple, first and foremost. The currency code is extremely intrinsic and I take it as a great compliment when people tell me the app looks and feels pretty simple.

What processes and/or people inspired or assisted you in creating the App?

I am grateful to many wonderful people who I have met with the development and the marketing of the app. I have hit a couple of road blocks, but if it were an easy process I think to myself “Wouldn’t everyone do it?”.I have a couple of friends who have helped me with doing the screenshots and my sister is a great editor when I am publishing marketing material. I try to take constructive criticism from the Appstore reviews to help make the product a better one. I have implemented a few suggestions from users to also strive to make the product better. The industry is fairly new, and there are hits and misses in the learning curve, but it’s has been an absolute blast learning and changing with the times. 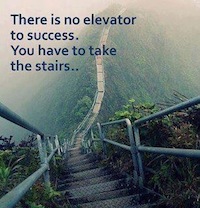 The motto that hangs over Rae’s desk to remind her that she is in it for the long haul.

What lessons did you learn building your app?

The biggest lesson for me was to know you can’t be perfect to all, and you have to stick to your intuition about your product. And you have to grow a fairly thick skin to deal with the negatives. There is always one review which you wish you could just answer them back. Someone put a negative review in because of something so simple. I designed the app to have a couple of escape routes, so you didn’t hit the wrong button and delete all your information. One person wrote in every time he hit the “Start New Trip” button it would take him back to the beginning. I wanted to tell him to hit “items” instead. I made the “Start New Trip” button the biggest to make sure people didn’t hit the wrong button. Mostly the reviews have been tremendous and I have gotten very lucky to have had my app showcased on CNN and on great websites like PCWorld.com and Smartmoney.com Travelers and Review sites are finding and liking the app, which makes me very proud. It comes down to just taking a chance and trying something new.

What went right and wrong with the final development and app release? 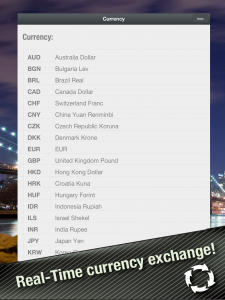 Translations of the app were probably the most frustrating thing to do. When you are an indie developer you want to conserve your cash flow as much as possible so you think why not use “Google Translate” to do the translations. It took hours, and unfortunately wasted hours, as the results were somewhat hysterical to the users. The words on Google translate are good, but more than often misses the meaning of the word, when put in the written context of the app. My funniest example was in the Japanese translation of “BACK”, as in to go back in the app, the Google Translation meant “Hair Receding”. My lesson learned was to make sure you budget to have professional translations done to make sure the app works properly all over the world. . What went right was researching the idea, and finding a company who knew what they were doing with the code. The code is so important. There is nothing worse than having the code or the app break and cause the app to fail. If the user has to put up with a crashing app, they will dump the app and they will be more likely to tell people to not buy the app, rather than to buy the app.

What were you doing before you created this app?

I work in a pharmacy as a bookkeeper. I have always worked with accounting and inventory software systems, but Simply Declare is my first foray into development.

What are some of your favorite apps?

I like productive orientated apps. I have a few games, and I prefer word games but do partake in a session of Angry Birds and Plants vs. Zombies, but mostly I like apps which make my life easier.

Head over to iTunes App Store and download Simply Declare.